Hadrian's Gate is a famous tourist landmark, located in Kaleici, Antalya. It stands out between two towers of the city walls.

Hadrian's Gate, commonly known as Three Gates, is one of the most beautiful ancient works of art in Antalya. The gate was built in honour of Roman Emperor Hadrian. With its breathtaking decorations which connects the city to the outer world, this antique gate has rich reliefs as glamorous as the ones in Rome.

The gate is different from the other ones in Anatolia, because of its amazing bass reliefs and column heads decorated with flowers. These reliefs fascinate the visitors even today. 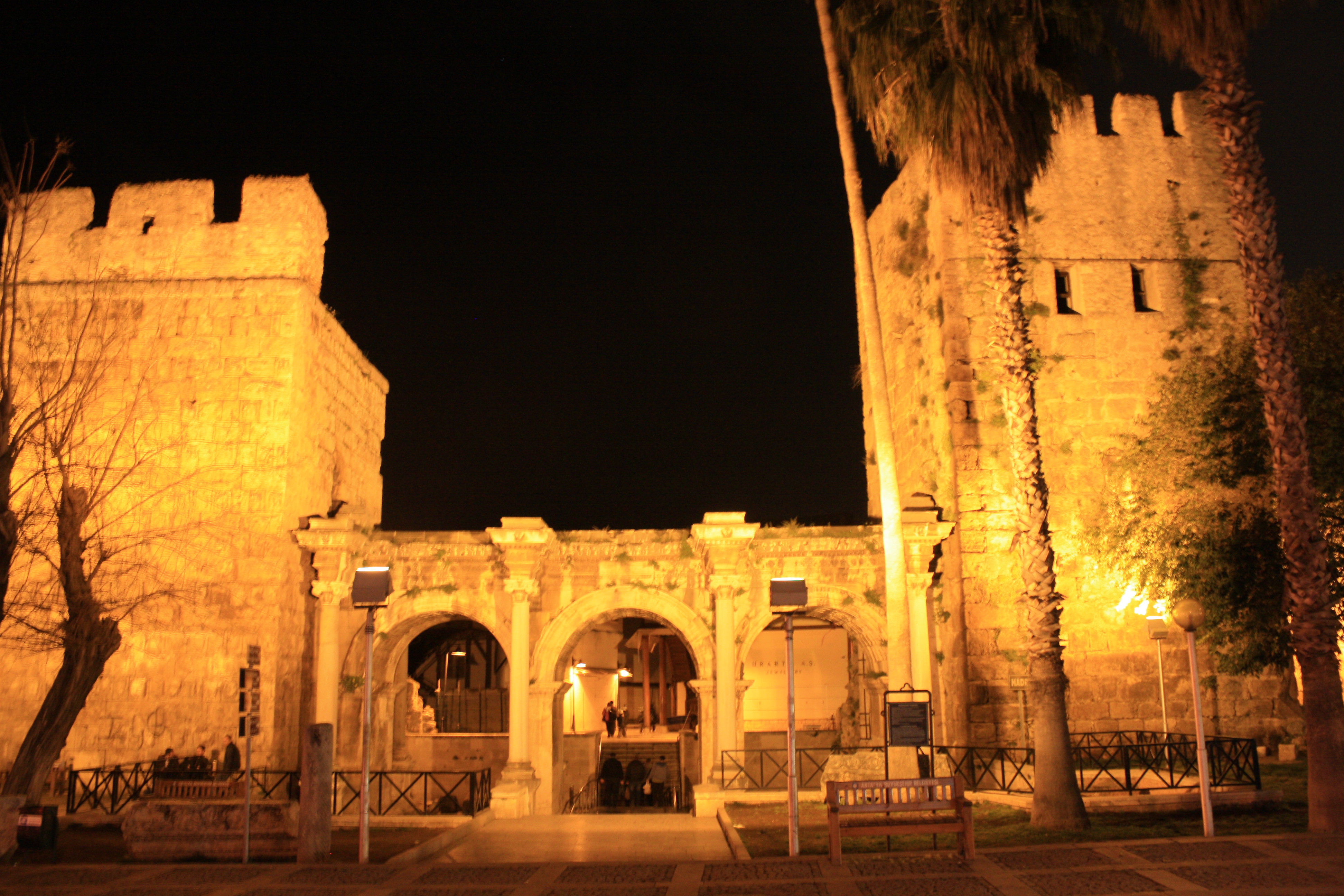